Posted on September 15, 2016 by Stephanie Davis 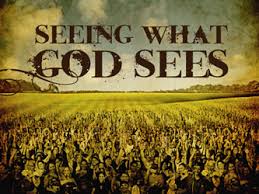 To listen to this weeks song for meditation, Click on For Your Glory/Fill Me Up Tasha Cobbs

We’re more then half way through 2016 and I thought this previous write up would be a good read to get you on the track to “Thinking Big” if you’re not already. It’s never to late to start, and with the Global Surrender Fast coming up, I would say you’re just in time to see the manifestation of God!

And with this new year comes a deeper understanding of God’s word.

A deeper understanding of His plan.

A deeper understanding of His vision.

For some it will be a full manifestation of that vision.

And for others His Glory will be revealed. What happened in the past was not a mistake.

It may have been hard for some, but it wasn’t a mistake.

God wasn’t at a lost.

He knew exactly what was happening  and it was for your good.

It might not have looked, felt or appeared good.

But it was Good.

Everything that happened was just the set up for your future.

He is setting the stage for His Glory to be revealed. As I’m sitting in my room writing, my son is walking out the door singing “Don’t know how but He did it!”

God has placed in us big things. “Think Big!” That’s what He is saying this Year.

You don’t have enough.

You don’t know how that can be possible.

Every thought you have. He knows. Tell it to Him.

Let Him increase your faith and watch Him move.

He’s not moved by the things of this world.

He’s moved by your faith.

God wants to see your faith!

Not that hidden faith, but that faith that sees and speaks it even before it happens.

What is God saying to you?

Yes!!! That thing that seems impossible, See it!!! That’s the the thing He wants to make manifest.

19. So Jesus explained, “I tell you the truth, the son can do nothing by himself. He does only what he sees the Father doing. Whatever the Father does, the son also does.

The only way you’ll be able to speak it is if you can see it.

And when you can see it, you’ll not only be able to speak it, but you’ll be able to do it.