Posted on September 28, 2017 by Stephanie Davis 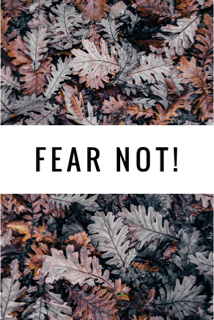 To listen to this weeks song for meditation, Click on My Everything (Instrumental) by Todd Dulaney

Don’t be afraid, for I am with you. Don’t be discouraged, for I am your God. I will strengthen you and help you. I will hold you up with my victorious right hand.
Isaiah 41:10 NLT

God has a plan for your life, and it’s unique and purposeful.

So rest in it!

You can trust it!

END_OF_DOCUMENT_TOKEN_TO_BE_REPLACED

Name Dropping: Who’s Talking about You

“My name is dropped in unusual places.”

Those are the words spoken by Sundra Ryce in her highly motivating, spoken-word CD “Confessions of an Incredible Life.”

Elisha, the prophet of God can testify that Sundra’s declaration is true. His name was dropped in an unusual place.

In 2 Kings 5 a young Israelite girl being held captive in Aram, had a life-changing conversation with her master’s wife. When this girl heard of Naaman’s illness she said to her mistress, “If only my master would see the prophet was is in Samaria! He would cure him of his leprosy.”

Naaman believed this little girl and made the long trek to Israel. There he met up with Elisha, the prophet of God. And there this powerful Aramean captain received his healing and became a believer. END_OF_DOCUMENT_TOKEN_TO_BE_REPLACED

On your Mark, Get set, Fast!

Welcome to Cycle 4 of Surrender Fast 2013! Today marks the first day of our 40 days of surrender.

I am excited for what God is doing now and will do for you in the days to come. Expect Him everyday: look for Him around every corner, hear Him speak out of the mouth of babes and strangers,  believe that He wants to do something new in you!

Likewise, God is  encouraging us to take these words personally. He is ready to breath life into our dead situations and put us on the right path. As Ezekiel said, “Can these dry bones live?” Yes, they can! END_OF_DOCUMENT_TOKEN_TO_BE_REPLACED

Today marks the first day of our Pre-Fast Preparation period for Cycle 4 of Surrender 2013. Are you excited?! I know I am. There is an expectancy in my spirit. God is about to show up and do something amazing; He’s about to make the impossible possible, and set straight that which we have made crooked.

God doesn’t need a lot of time. He just need willing vessels who are OPEN to His plan. That is what the Surrender Fast is all about: giving  your life in totality to Christ. Turning it ALL over to Him and watching Him move as only He can.

Prepare your heart to receive from the Lord His goodness, peace, and joy. Expect Him to show up today in your situation and minister to you His wisdom and guidance. Although this is just the Pre-Fast, God is near to you and He wants to commune with you. END_OF_DOCUMENT_TOKEN_TO_BE_REPLACED

Most of us want to know God’s plan for our lives, but we’re not always sure how to find it.

Do you know that God can dream a bigger dream than you? For years I thought I had it all together; my life was planned the way I wanted it. But when I was diagnosed with cancer in 2007 the journey back to health allowed me to re-evaluate my plans. In fact, I learned that my plan was nearly the polar-opposite of what God had in mind. Now I am living His bigger dream; the one he had planned for me from the foundations of the earth.  And it feels great!

Are you living God’s bigger dream? If you find yourself frustrated and discouraged all the time, I would guess you are not. END_OF_DOCUMENT_TOKEN_TO_BE_REPLACED

No Weapon Shall Prosper…What Does That Mean?

You know the scripture in Isaiah 54:17, “No weapon formed against me shall prosper?” What does that mean to you? It’s an important question because some lose faith in God when things don’t go as they had planned.

In the past, I have interpreted that scripture as such: no matter how someone attempts to harm me, it won’t work. But that can’t be the case.

Yesterday I was reading the story of Stephen (Acts 6:8 – 8:1) the first martyr of the early church. The Bible describes Him as “a man full of faith and of the Holy Spirit.” Opposition arose, however, from members of the Synagogue of the Freedmen who began to argue with Stephen, but they were no match for his God-given wisdom. Therefore, they secretly persuaded some men to say, “We have heard Stephen speak blasphemous words against Moses and against God.” And it worked; Stephen was arrested and subsequently stoned.

So if my interpretation of Isaiah 54:17 holds any weight Stephen should have been exonerated of any wrong doing and freed, but he wasn’t. Obeying God can carry a high cost.

That reality is unsettling and it’s a tough pill to swallow, but if we are to live surrendered before the Lord we have to trust Him; even with our lives. Jesus, Paul, Peter, and Martin Luther King Jr. did and what a legacy they left! I am learning that those who live without fear of death become great in life and God gets all the glory.

When a weapon is formed against me, it may harm me (personally) but ultimately God gets the glory and we (the Christian believers) win. Good always wins over evil; love always conquers hate.

What do you think? How have you come to understand Isaiah 54:17? I would love to hear from you.

With God all things are possible,
Dr. Celeste

Categories: Uncategorized | Tags: christianity, god gets all the glory, god gets the glory, religion, synagogue of the freedmen, theology | 3 Comments

Posted on November 3, 2012 by Dr Celeste
Chartese (mom of Ayana) writes:My 12-year-old daughter wrote this in her journal on day 40…

“The 40-Day Surrender Fast helped me be closer to my family.”

I have noticed a huge difference in the way that she interacts with her brothers. She is more patient with them. That is a blessing. Thanks for EVERYTHING that you all do for us. We really appreciate the time that you take to deliver the Word.

How’s life after the Surrender Fast?!!

Rather you did 1 or all 3 cycles this year I pray your life will never be the same.

I also pray that your time with the Lord was fruitful. That you regained your focused, renewed your passion for His agenda, restored some relationships, found peace, got some rest and received all God intended to bestow on you.

It has become abundantly clear, at least for me, that surrendering is not simply for a moment but a lifetime. For that reason, I seek to remain in a constant posture of surrender. What does that look like for me on a daily basis? It involves carving out personal time with God, humbling myself before God and men, releasing my will in the areas of diet and exercise…In other words, seeking and submitting to God’s will in every area of my life. END_OF_DOCUMENT_TOKEN_TO_BE_REPLACED

For the first time we have had technical difficulties on the Morning Prayer Call. Several of you notified me that there were long pauses during the sessions. Not sure what that is about, but I find it interesting that this challeges occured as we studied Sprirutal Warfare…things that make you go hmmm!

Anyway, just in case you missed any part of the discussion here are the key take-a-ways: END_OF_DOCUMENT_TOKEN_TO_BE_REPLACED 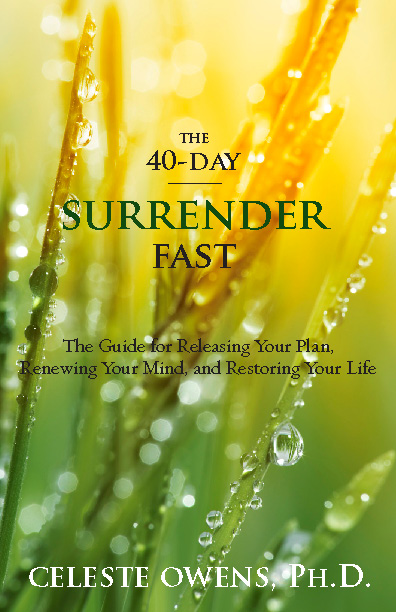