The Power of “AND” 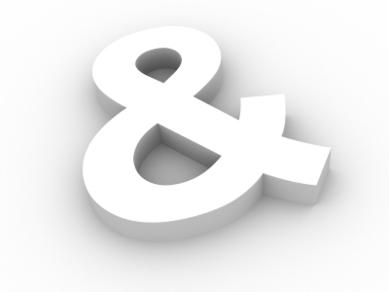 To listen to this weeks song for meditation, Click on My Everything Instrumental by Todd Dulaney

It’s that time again! Time to retreat and find “Rest.” In preparation for tomorrow I thought what better way to get excited and prepared then to reminisce about the experiences we had the prior year. Enjoy!

One word “Amazing” is what comes to mind when I think about the Surrender Healing Retreat this past weekend.

END_OF_DOCUMENT_TOKEN_TO_BE_REPLACED

Happy Thursday!!!
Get Excited!!! (As one of the women from last years retreat would often say)
This weekend we are about to embark on a momentous, powerful experience with God.
The Surrender Healing Retreat!!!

And just to get you prepared and ready for this weekend I thought I would re-share with you last years experience.
It was more then I would have ever expected. God showed up in ways we would not have imagined.
Enjoy!!!
Whoa, WOW, Whew, re-donk-culous is all I can say about The Surrender Healing Retreat this past weekend hosted by Dr. Celeste Owens Ministries (DCOM)!!!

For me, this was one of, if not the best experiences of the movement of God I’ve ever had the pleasure of attending.

I can’t even begin to explain how thick the anointing of God was. From the first moment I walked into the conference room, I sensed that this was going to be something all together different from the norm, and boy was I right!

From the first stroke of the cord on the keyboard you could since the stirring of the Holy Spirit. And when the worshippers ministered in song you knew then that  this was going to be something you hadn’t expected.

It was like the cloud and weight of His glory was descending on our room and He was simply saying “Welcome to your new beginning.” Even as I write, the tears are trickling down my cheeks. God is simply Amazing!!!

Lady Malinda Chisholm, Joy Briscoe, Karen Ward, Dr. Celeste Owens, Pastor Deborah Evans, Nichole Thomas, and Tyra Lane-Kingsland allowed God to move and speak freely through them. It was simply awe-inspiring to watch. They spoke with authority and unashamed love for our God. They weren’t afraid to veer from what they thought would be important to say in order to fulfill God’s wishes by speaking what the Holy Spirit was giving them to say. And as they spoke what the Spirit had given them to speak, you could feel each level of God’s presence elevating to higher heights and deeper depths, even in our Christian Yoga sessions!

END_OF_DOCUMENT_TOKEN_TO_BE_REPLACED

Here are a few testimonies from your fellow Surrender Fasters.

What a tremendous blessing the Lord has been to me throughout this fast. I was scheduled to appear before a judge in the Hyattsville Court House on Thursday 7th February 2013.

In my previous years I made some wrong choices when it came to relationship. I was involved with a guy for a couple years who was living with a woman. They were not married, but had kids together.

A couple years ago I decided this life wasn’t for me so I moved on, but we remain friends till this day. Unfortunately every time his kid’s mother couldn’t find him she assumed he was with me, but her assumptions were always wrong. The unknown phone calls started coming to my phone on a regular basis until one day she slipped and called me but forgot to block her number.

My childish behavior kicked in and I started responding to her stupidity. She filed a complaint. The court was charging me for telephone misuse and some other charge. For those who don’t know these are considered criminal misdemeanors; $500 fine or jail time if found guilty.

When I received my summons to go to court I was 2 weeks into the Surrender Fast of cycle 4. I brought it before the Lord and asked the Lord to forgive me for entertaining the enemy and for even allowing me to indulge myself in stupidity and declared that he should fight this battle for me.

Yesterday’s title (DAY 29) read THE GOD OF THE IMPOSSIBLE. That evening I received a phone call directly from the court stating that this case in dismissed and I no longer need to appear on February 7th.  AMEN!!!! END_OF_DOCUMENT_TOKEN_TO_BE_REPLACED